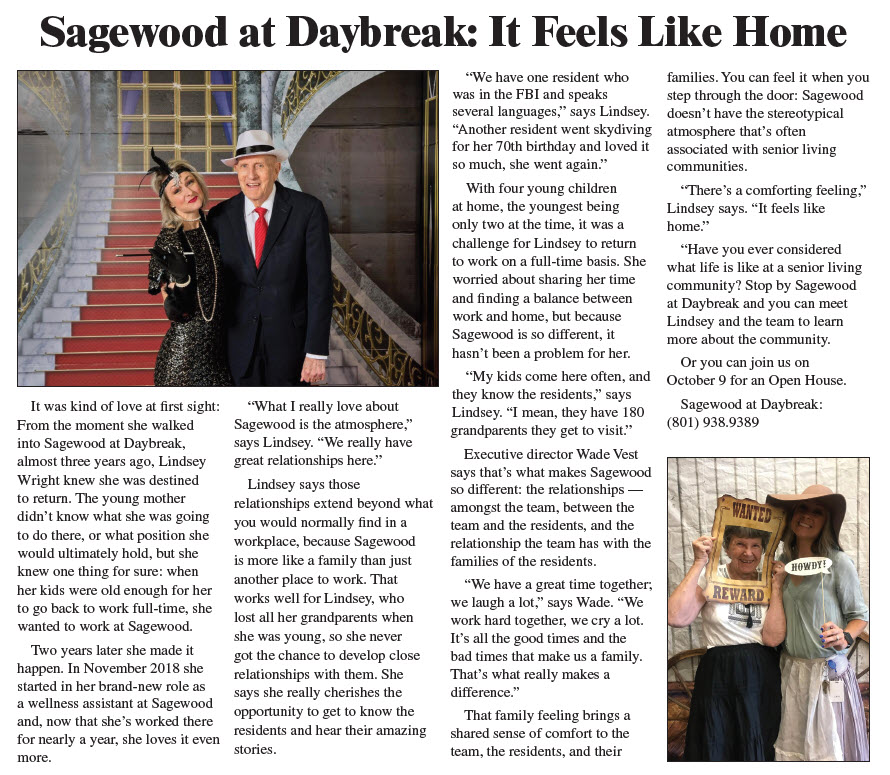 Anyone can take a marketing budget and allocate it to a media plan. Our media team takes a different approach to turning a media investment into a true partnership campaign. Working with our in house PR team, we call on our media partners to help us bring life to our messaging strategy in ways that stand out, get noticed, and more importantly generate leads. Charged with the challenge of breathing new life into a senior living community in an prominent and upscale neighborhood in Salt Lake City, we knew we had to find a different way to elevate visibility and drive leads for occupancy.

Our 20+ years of senior lifestyle marketing expertise has taught us that key to success is to get past the self-imposed psychological barriers that go into a life-changing move of this importance. To determine the best way to tell the Sagewood story, we combined a deep dive of the competition with a focus group analysis of what the neighbors in the community were saying about Sagewood to uncover the golden nuggets we needed to set the community apart from the rest. We created a multidimensional campaign of Sagewood resident stories to make the community authentically come to life and drive traffic to the property.

We crafted an unprecedented multi-media partnership in the market, collaborating with the editorial staff of the local radio, TV, and newspaper, and digital platforms – some of whom had never worked together on such a joint venture. We knew that their editorial credibility would give Sagewood more trust and more recognition in the community. Our job was to convince the local paper’s editorial staff that the stories of Sagewood were worth telling. With the journalistic prowess of our PR team (trained reporters, producers, and writers), we were able to showcase the community’s best assets in a way that resonated with other seniors and their adult children to motivate them to want to learn more. The campaign resulted in $85,000 worth of added value — displayed prominently in the paper, on radio, and told proudly on TV morning shows about the community. By the fourth month, the campaign had generated a record 11 monthly move-ins from the surrounding area, stating they had seen the ads and wanted to be part of a community that took such interest in their residents.

With the help of the campaign and a rejuvenated sales vibe on property, the community benefited from an extra $1.4 million in new move-in revenue and occupancy has moved from the mid 80s to the low 90s. 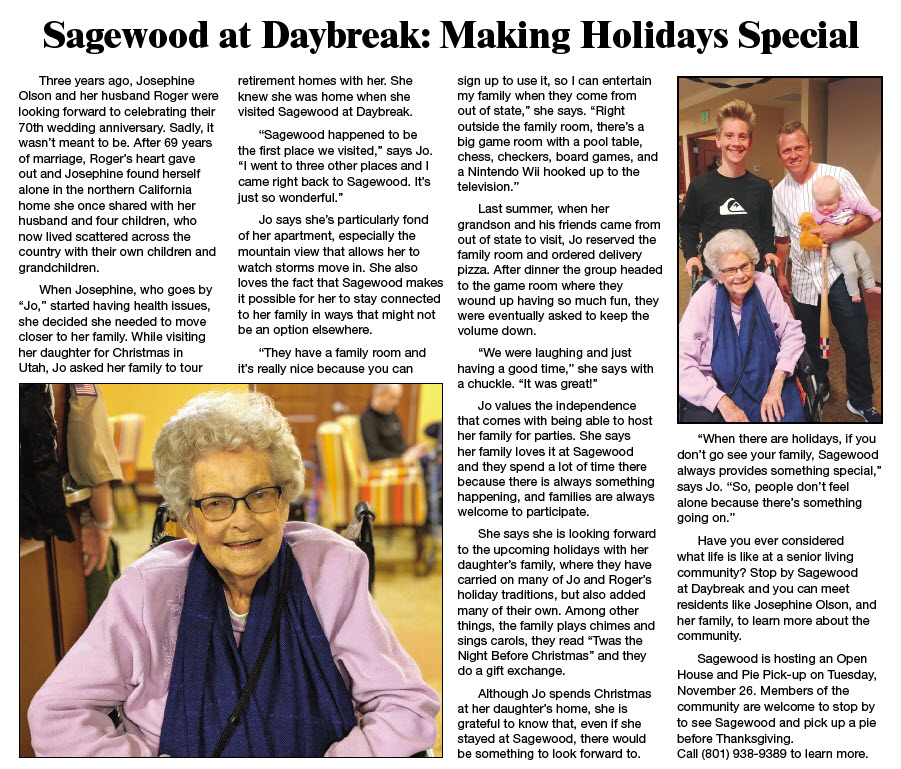